The Museum’s mission is to advance the understanding, enjoyment, and appreciation of the art, history, technique, and technology of film, television, and digital media. The Museum fulfills its mission in person and online through temporary and permanent exhibitions; film screenings; live conversations with artists, filmmakers, scholars, media educators, and other industry professionals; articles published in MoMI’s online film magazine Reverse Shot and science and film resource Sloan Science & Film; access to the Museum’s collection of more than 130,000 objects; and the online presentation of a range of films—including acclaimed new release features and award-winning science shorts, plus archived video of Museum events, and more. The Museum’s Education department serves approximately 70,000 students each year, through guided tours of its exhibitions, educational screening programs, and hands-on workshops. Follow MoMI on Facebook, Twitter, Instagram, and YouTube.

Museum of the Moving Image serves as a bridge to connect diverse communities to the moving image, in all its forms, with the goal of together building a more equitable and inclusive cultural future. MoMI strives to be welcoming to everyone who passes through our doors, with programs, exhibitions, and a staff that reflect the diversity of our community. MoMI’s commitment to diversity, equity, and inclusion is informed by an anti-oppressive, intersectional, international, and community-centered approach to all that we do. A ubiquitous and powerful form of creative expression and communication, the moving image can serve to enliven, uplift, and build a deeper understanding of ourselves and one another.

Each year the Museum screens more than 500 films in a stimulating mix of the classic and the contemporary. With live music for silent films, restored prints from the world’s leading archives, and outstanding new films from the international festival circuit, Museum programs are recognized for their quality as well as their scope. The Museum’s diverse screening program presents a panoramic view of the moving image, from the global discoveries presented in the annual showcase First Look to the popular ongoing series See It Big!, which celebrates the excitement and immersive power of big-screen moviegoing.

The Museum is pleased to welcome some of the world’s great film, TV, and digital artists for in-depth conversations and Q&As, which we record for posterity and many of which are made available on our website as video or audio conversations. Some of these are part of our ongoing series of audio conversations with creative professionals in film, television, and digital media made possible by the Pinewood (now Pannonia) Foundation. This initiative includes conversations from the Museum’s stage with such leading figures as Robert Altman, Martin Scorsese, Sidney Lumet, Agnieszka Holland, Ava DuVernay, David Cronenberg, Charles Burnett, Wong Kar-wai, Todd Haynes, Daniel Day-Lewis, Paul Thomas Anderson, Glenn Close, Jim Jarmusch, Terry Gilliam, Albert Maysles, Mira Nair, Joan Ganz Cooney, and Frank Oz. Many of these conversations are available online.

The Museum’s core exhibition, Behind the Screen, immerses visitors in the creative process of making moving images. It features over 1,400 artifacts, from nineteenth-century optical toys to video games, as well as an array of interactive experiences, audiovisual material, and artworks.

Since 2017, the Museum is home to an ongoing exhibition devoted to Jim Henson’s creative process and career anchored by the acquisition of more than 400 artifacts from the family of Jim Henson. An exciting destination for visitors of all ages, the exhibition features historic puppets, original artwork, rare film and television footage, and interactive experiences. A traveling version of this exhibition has been hosted around the country. Find out more here.

The Museum presents an ambitious slate of large- and small-scale changing exhibitions, video and art installations, and unique live events. In the third-floor Changing Exhibitions Gallery, the Museum has hosted a range of exhibitions from Spacewar! Video Games Blast Off, an interactive exhibition on the occasion of the 50th anniversary of the first digital video game, to Envisioning 2001: Stanley Kubrick’s Space Odyssey, an in-depth exploration of Kubrick’s sci-fi masterpiece. It has also featured the work of artists like the Dutch-Belgian digital art duo JODI and the experimental filmmaker Phil Solomon. The Museum’s Amphitheater Gallery has been home to exhibitions and installations about the work of legendary Czech animator Jan Svankmajer, a history of the Astoria studio in Lights, Camera, Astoria!, and much more. In the Museum’s lobby, visitors have been greeted with video work by artists like Chiho Aoshima and Christopher Baker and installations on internet culture such as We Tripped El Hadji Diouf and The Reaction GIF: Moving Image as Gesture on the 50-foot-long Herbert S. Schlosser Media Wall.

The Museum’s curriculum-based education programs are an unparalleled resource for elementary, middle- and high-school students and their teachers. Many student visitors are from the New York City public schools and surrounding area, though the Museum regularly provides programs for students traveling from around the country and around the world. Through guided tours of its exhibitions, educational screening programs, and hands-on workshops, the Museum serves approximately 70,000 students each year in the Ann and Andrew Tisch Education Center. The Museum also offers professional development seminars and workshops for teachers, and after-school programs that develop academic and technical skills. The Museum serves thousands more children, teens, and families in weekend and summer studios, workshops, design jams, courses, and camps. 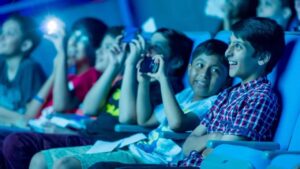 The Museum maintains the nation’s largest and most comprehensive collection of artifacts relating to the art, history, and technology of the moving image—one of the most important collections of its kind in the world. Begun at the Museum’s inception in 1981, today the collection comprises more than 130,000 artifacts from every stage of producing, promoting, and exhibiting motion pictures, television, and digital media, from pre-cinema optical toys to 21st-century digital technology. The collection also includes significant works of art by such artists as Red Grooms and Nam June Paik. More than 1,400 collection artifacts are currently on display in the Museum’s core exhibition, Behind the Screen, and thousands more can be seen on the Museum’s online collection database, collection.movingimage.us. 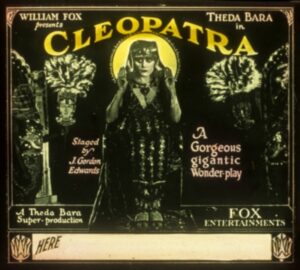 The Museum has been at the forefront of online education and exhibitions in the use of its website for groundbreaking projects. The Living Room Candidate: Presidential Campaign Commercials 1952–2020, an invaluable archive of more than 300 ads from every presidential election since 1952, when Madison Avenue advertising executive Rosser Reeves convinced Dwight Eisenhower that short ads played during such popular TV programs as I Love Lucy would reach more voters than any other form of advertising. This innovation had a permanent effect on the way presidential campaigns are run. The Living Room Candidate is used by millions of people around the world.

As part of its programmatic mission, Museum of the Moving Image offers online publications dedicated to the art and study of the moving image. Sloan Science and Film, made possible by the Alfred P. Sloan Foundation, is devoted to the public understanding of science through its depiction in film. Publishing weekly, the online publication features interviews with filmmakers and scientists, news about goings on in the world of science and film, and original articles exploring the cinematic depictions of scientific ideas and the science of film.

Reverse Shot, the acclaimed online film magazine, edited by Michael Koresky and Jeff Reichert, was founded in 2003, and has been the Museum’s publication for criticism since 2014. Support for this publication has been provided through the National Endowment for the Arts. MoMI’s previous publication for film writing and criticism, Moving Image Source, was developed with generous and visionary support from the Hazen Polsky Foundation, in memory of Joseph H. Hazen.

The Museum has also published three director anthology books in conjunction with Reverse Shot: CineVardaUtopia, Martin Scorsese: He Is Cinema, and Steven Spielberg: Nostalgia and the Light, all available for purchase through the Museum’s store. 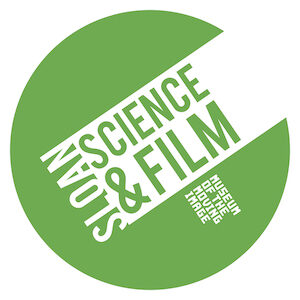 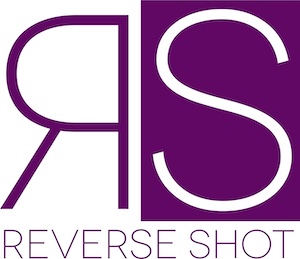 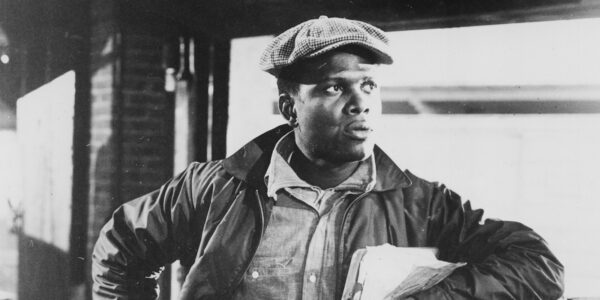 We were saddened to hear of the death today of Sidney Poitier, the legendary actor and trailblazer, who was an early supporter of MoMI. Read excerpts from his conversation at MoMI in 1989, when he was a Museum honoree. 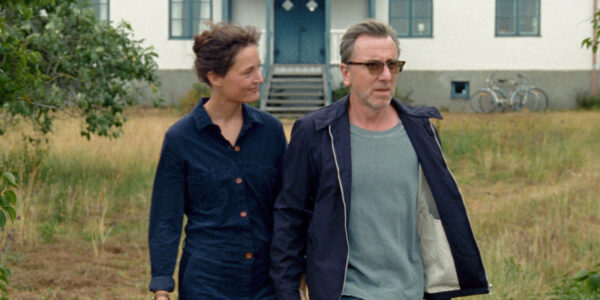 Out of an abundance of caution, and in the wake of rising COVID-19 cases in New York City, MoMI will close the Bartos Screening Room until further notice. This action will result in the cancellation or postponement of the following programs.

MoMI THEN AND NOW 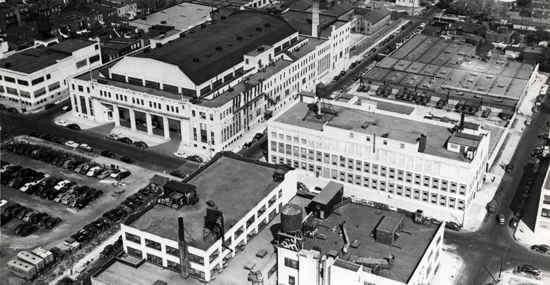 Since its opening in 1988, Museum of the Moving Image has been recognized as a major, internationally reputed institution and the only museum in the United States dedicated to exploring the art, history, and technology of the moving image.

We can’t do it without them. The Museum gratefully acknowledges all those who make what we do possible. Click here for a full list of supporters.

We strive to be welcoming to everyone who passes through our doors, with programs, exhibitions, and a staff that reflect the diversity of our community.

Our visitor safety guidelines continue to change as new rules are announced by federal, state, and city agencies. Click here for the latest updates.

Get access to our press releases, photo gallery, and fact sheets. 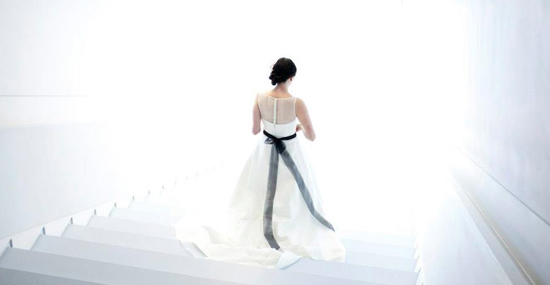 Host your next event at Museum of the Moving Image. Take advantage of MoMI’s stunning film theaters for private screenings, or find out more about hiring the Museum’s facilities for meetings and retreats.

The people who make it happen.

IRS Form 990 returns for Museum of the Moving Image are available in PDF format.

As a MoMI member, you’ll be invited to exclusive events, get behind-the-scenes insights, and experience meet-and-greet moments with special guests. 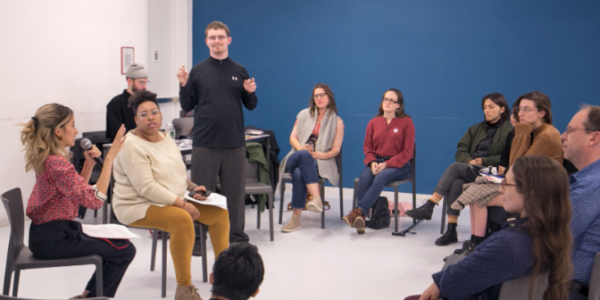 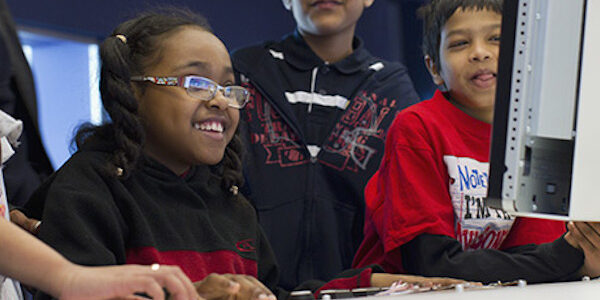 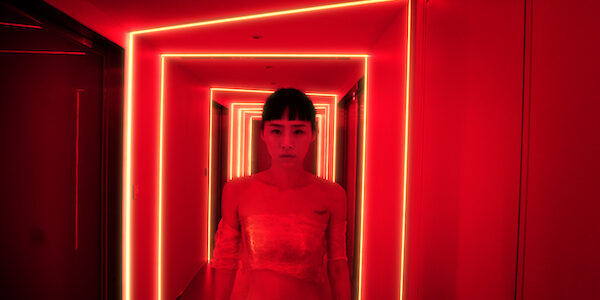