Description
The Eyemo is outfitted with a single wind spring-driven clockwork motor, which makes it possible to run the entire magazine with one wind. The camera has an interior vertically-oriented one-piece single chamber magazine. Underneath the single turret lens on the front of the camera is a cranking-speed indicator with the options of 8 or 16 frames per second. It has identification plates underneath the single turret lens and the winding key. An external footage counter is located towards the top right of the camera. Designed for handheld use, there is a black plastic handle with a wrist strap on the bottom, and a solid offset (or side) viewfinder attached on the left.

Historical Note
Patterned after an earlier Bell & Howell 16mm handheld consumer camera called the Filmo, designed for amateur cinematographers, the Eyemo Hand Camera was the first handheld 35mm motion picture camera to be used in professional studio situations. Initially intended as a news camera, Hollywood cameramen quickly adopted the Eyemo for use in difficult spaces and it became one of the most popular professional cameras, with various models in continuous production until 1970. This portability enabled cameramen to be more flexible and work more freely, incorporating angles not possible when shooting on a tripod. 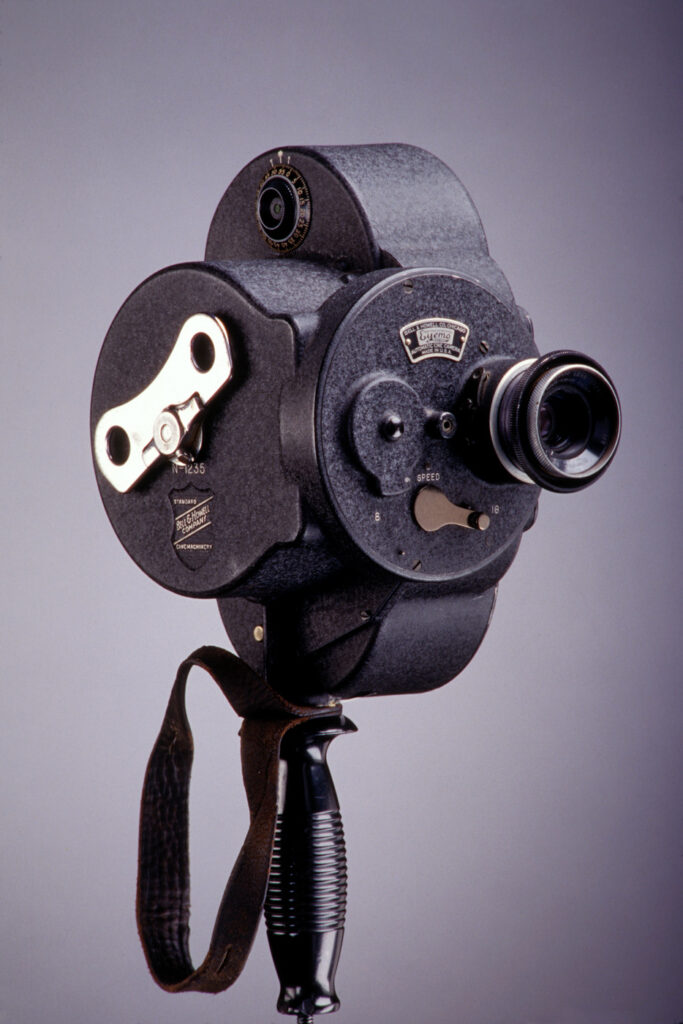