Description
Bell & Howell 16mm Filmo spring-driven hand camera with a handle, two straps, and a carrying case. The serial number on the camera is 57802. The lens is a Taylor-Hobson Cooke 1" F/3.5, serial number 168157. 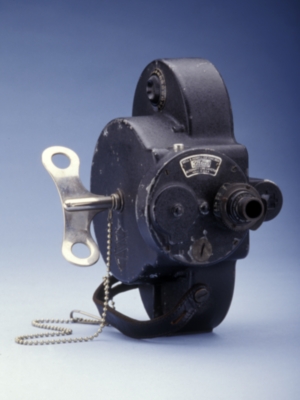