Preserving and exhibiting objects created during the production design process—such as construction and conceptual drawings, location site photographs, and set models—allows for insight into the key creative role of the production designer, as well as the meticulous labor involved in designing a production’s visual world.

Paintings of a reimagined New York City skyline, elaborate wire models of playground equipment, and rolls of linoleum “yellow brick road” from The Wiz were among the first production design artifacts in the Museum’s collection. Designed by Tony Walton, The Wiz was filmed on location in New York City and was the first production made at the revitalized historic site now known as Kaufman Astoria Studios. The Museum has since acquired design material from many New York City productions, most recently conceptual drawings, construction drawings, and a set model from The Sopranos.

Production design material from The Silence of the Lambs, The Wiz, Mo’ Better Blues, The Muppets Take Manhattan, and more is currently on view in the Museum’s core exhibition, Behind the Screen. 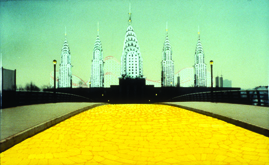 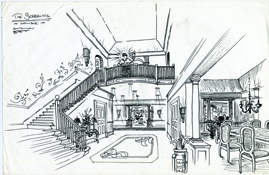 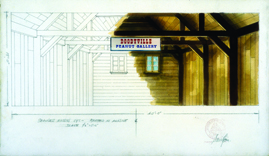 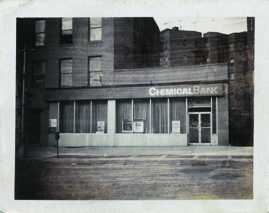