Historical note
In the summer of 1965, L.A.-based production company Graphic Films conducted research and created concept sketches for 2001: A Space Odyssey. Earlier that summer, director Stanley Kubrick had seen To the Moon and Beyond, a film with innovative special effects that Graphic Films made for the World’s Fair in New York’s Flushing Meadows-Corona Park. Impressed by the way To the Moon and Beyond represented space travel, Kubrick engaged Graphic Films to visualize a moon landing sequence for 2001: A Space Odyssey.

Working with an early draft of the script, Graphic Films’ staff—primarily Lester Novros, Con Pederson, and Douglas Trumbull—sketched moonscapes and space vehicles for the film. Shortly after, Pederson and Trumbull left Graphic Films to work directly with Kubrick on 2001: A Space Odyssey as it began production in late 1965.

Donor credit
Gift of the Estate of Esther Novros 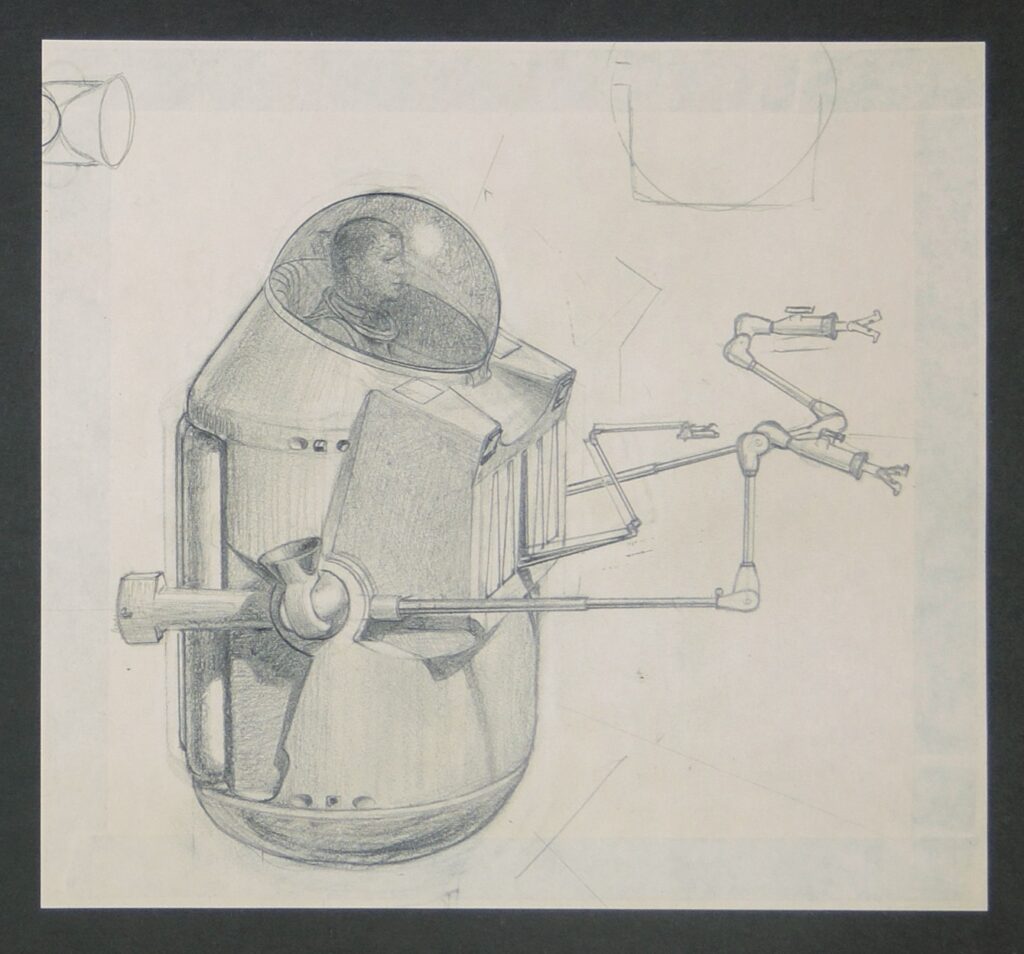