Historical note
Kermit, originally a light bluish-green abstract creature, was among the puppets Henson made for Sam and Friends, his first television show, in 1955. By the mid-1960s, the  Kermit puppet had its trademark characteristics: a bright green color, fringed collar, and webbed feet.

The puppet’s simple construction allowed Henson  to create the wide range of subtle facial expressions that make Kermit such a believable character.  “Kermit is the closest to me,” Henson said. “The character is literally my hand.”

The first Kermit puppet was built by Jim Henson in 1955.

Donor credit
A gift from the family of Jim Henson 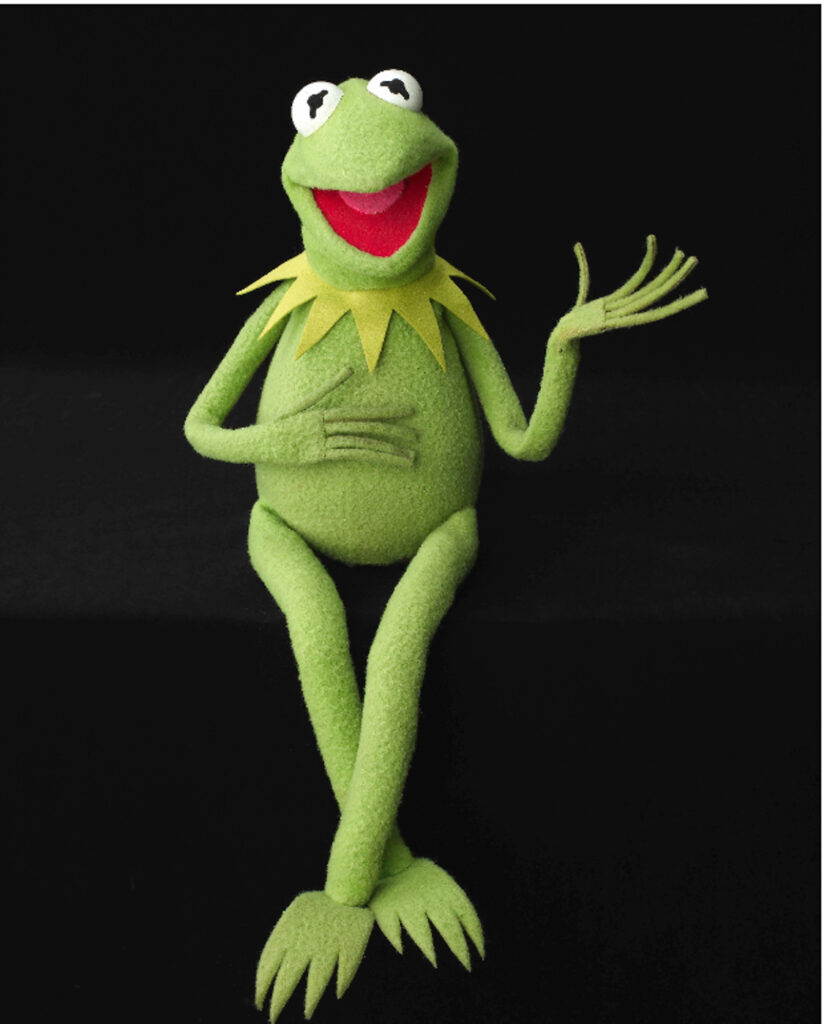