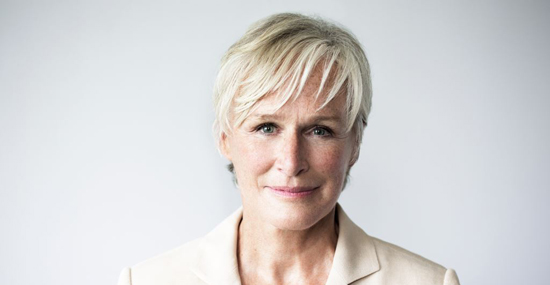 Glenn Close is one of the most acclaimed actresses of our time, with nominations for six Academy Awards, twelve Golden Globes, twelve Emmys, and four Tonys. Whatever the role, from her star-making performances in The Big Chill y Atracción fatal to her unforgettable portrayal of Patty Hewes in Damages, she commands attention through the brilliance and emotional power of her work.

Close will be honored by the Museum at its 32nd annual Salute on Monday, December 3 at 583 Park Avenue. The evening will include cocktails, dinner, and an award presentation featuring clips of career highlights introduced by her friends and colleagues.

The Museum will also present the film series Getting Close: Ten Great Performances by Glenn Close, November 23–December 2. In 2005, Glenn Close participated in a discussion at the Museum. Listen to it aquí.

The Salute will help support the Museum’s exhibitions, screenings, and education and community engagement programs, which serve youth and adults, and children and their families, most of whom are residents of the most ethnically diverse region in the world, Queens.

Individual tickets to the event start at $1,500. For more information or to reserve your ticket, please contact Event Associates at 212 245 6570.