They will be celebrated by friends and collaborators with a special program in the grand Redstone Theater, preceded by a cocktail reception and followed by dessert in the Hearst Lobby.

The Museum’s Board and Host Committee invite you to join us for an exciting evening. All funds raised at the Moving Image Awards help support MoMI’s exhibitions, screenings, and education and community engagement programs, which serve youth, adults, and their families across all of New York and beyond.

See below for levels of support and reserve your ticket here or email us for more information. 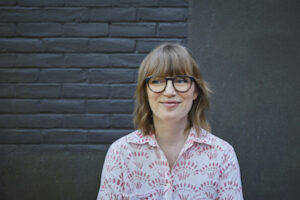 Sarah Polley is a director and screenwriter who received an Oscar nomination for Best Adapted Screenplay for her first film as director, Away from Her (2007), which also garnered an Oscar nomination for Best Actress for Julie Christie. Her subsequent films include Take This Waltz (2011); Stories We Tell (2012), winner of Best Documentary Film awards from the Los Angeles Film Critics Association, National Board of Review, and the New York Film Critics Circle; and her latest film, Women Talking (2022). Polley also executive produced and wrote the Netflix limited series Alias Grace, which she adapted from Margaret Atwood’s novel. In 2022, Polley released the autobiographical collection of essays Run Towards the Danger: Confrontations with a Body of Memory.

Laura Poitras is a nonfiction filmmaker whose Citizenfour (2014) won the Academy Award for Best Documentary Feature, and whose My Country, My Country (2006), about the U.S. occupation of Iraq, was also nominated for the Oscar. Poitras’s other features include The Oath (2010), Risk (2016), and her latest film, All the Beauty and the Bloodshed (2022). Poitras’s received the Pulitzer Prize for her reporting on the NSA global mass surveillance. Her first solo museum exhibition, Astro Noise, was presented at the Whitney Museum in 2016. Other credits include the 2021 film Terror Contagion, part of the anthology Year of the Everlasting Storm, executive produced by Jafar Panahi. Poitras has been targeted by the U.S. government for her work documenting post-9/11 America. In 2006, she was placed on a secret terrorist watchlist, and detained dozens of times at the U.S. border. 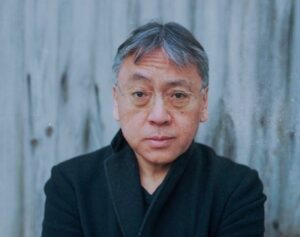 Kazuo Ishiguro is a Nobel Prize–winning novelist, screenwriter, and song lyricist. His books include The Remains of the Day and Never Let Me Go, both adapted into acclaimed films. Born in Nagasaki, Japan, in 1954, he moved to Britain with his parents when he was five. His novels, translated into over 50 languages, have earned him many honors around the world. He received a knighthood in 2018 from the United Kingdom, and also holds the decorations of Chevalier de l’Ordre des Arts et des Lettres from France, and the Order of the Rising Sun – Gold and Silver Star from Japan. His most recent screenplay is Living, a reimagining of Akira Kurosawa’s classic film Ikiru, due for release in December 2022. He has served on film festival juries at Cannes, Venice, and London. 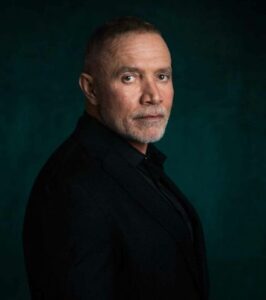 Michael Abels is a two-time Emmy-nominated composer known for his genre-defying scores for the Jordan Peele films Get Out and Us, the latter of which Abels won a World Soundtrack Award, the Jerry Goldsmith Award, a Critics Choice nomination, and multiple critics awards. The hip-hop influenced score for Us was short-listed for the Oscar and was even named “Score of the Decade” by The Wrap. Other recent media projects include the films Bad Education, Nightbooks, Fake Famous, and the docu-series Allen v. Farrow. Abels’s most recent releases include Beauty, which premiered at the Tribeca Festival and is now streaming on Netflix, Breaking (formerly “892″) which premiered at Sundance before opening in theaters in August, and his third collaboration with Jordan Peele, Nope, which opened in theaters in July. Abels’s creative output also includes many concert works, including At War With Ourselves for the Kronos Quartet, “Isolation Variation” for Hilary Hahn, and the opera Omar, co-composed with Grammy-winning singer/songwriter Rhiannon Giddens. His scores have been performed by the New York Philharmonic, the Chicago Symphony, the Los Angeles Master Chorale and many others.

Learn more about the Moving Image Awards and other fundraising events here.