This inspirational program combines the art of dance and the moving image to address the trials and tribulations endured by African American communities, with the intent of promoting cross-cultural and cross-generational dialogue.

4 Little Girls: The Dance Film (choreographed & directed by Kerri Edge) is an exuberant dance performance by students of P.S. 40, I.S. 59, M.S. 356, the Edge School of the Arts (ESOTA) with special appearance by tap musician Omar Edwards (NBC’s It’s Showtime at the Apollo “Sandman”, Broadway’s “Bring in Da Noise, Bring in Da Funk), set to an experimental film that infuses historical authenticity and contemporary dance choreographed to spoken word and 60’s protest songs to recant the horrific story of the four young black girls murdered in the Alabama church bombing in 1963.

The program will be hosted by Guest Speaker Dianne Robertson Braddock, the sister of 14-year-old Carole Robertson one of four girls killed in the 1963 church bombing in Birmingham, Ala. Braddock remembers precisely how she learned about the death of her sister and will lead a discussion immediately following the screening and live performance.

The event is part of the Commemoration of 400 Years of African American History in conjunction with the Afrikan Poetry Theater and is co-presented by A Better Jamaica, Inc. and the Nassau, Queens and Suffolk chapters of Jack and Jill of America, Inc. with support from the New York City Department of Cultural Affairs awarded by NYC Council Members Adrienne Adams (CD28), I. Daneek Miller (CD27), and Donovan Richards (CD31) as well as Assemblywoman Alicia Hyndma (AD29) and the Jerome Foundation for Jerome Artist Fellow, Kerri Edge.

Recommended for all ages 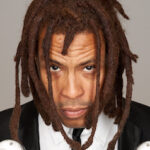