Tickets: $20 ($15 members at the Standard through Kids Premium levels / Free for Silver Screen members and above). Order tickets online. (Members may contact [email protected] with questions regarding online reservations.) 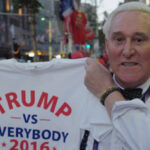