First Sight: Award-winning shorts from the Jonathan B. Murray Center for Documentary Journalism

Please note: This event has been canceled. Click here for more information.

Dir. Grace Noteboom. United States. 2019, 11 mins. In a tiny tattoo shop in Springfield, Missouri, men with hate tattoos confront the choices of their pasts as they attempt to make a better life for themselves and the people they love.

Dir. Devine Utley. United States. 2019, 13 mins. As one of the eleven states to secede from the Union during the Civil War, North Carolina is still grappling with its problematic history. With more than 100 monuments to the Confederacy across the state, lawmakers in Raleigh are forced to reckon with their own Confederate memorials on the State Capitol grounds.

Dir. Sam Roth. United States. 2019, 28 mins. When George Scott, a military veteran and Lutheran pastor in rural central Pennsylvania, took a leave of absence from his congregation to run a competitive race for U.S. Congress in 2018, he energized the Democratic base while creating an uncertain future for his congregation. Holy Fire roots us firmly at the center of the campaign drama as the outcomes of George’s decision manifest on Election Day.

Dir. Phoebe Mussman. United States. 2019, 21 mins. Part character study, part essay film, Qualm & Quietus is a visually bold reconsideration of mortality. Followed by death throughout her life, Kerry Lynn steps down from leading a pagan sanctuary to embrace Hekate, the Titan goddess of the underworld and all things in transition. 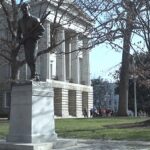 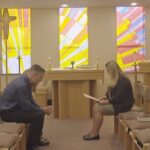 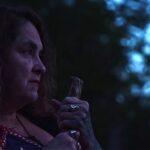