LARP: Creatures of The Dark Crystal’s Age of Resistance

Join us for a live role play game to explore the fantastical and sometimes terrifying stories of the planet Thra. Led by game designer Sharang Biswas and experimental theater artist Nick O’Leary, visitors over 18 are welcome to participate in this live enactment of character arcs from the hit Netflix series The Dark Crystal: Age of Resistance. The LARP will take place directly following a live discussion with the creative minds behind this prequel to the 1982 film co-directed by Jim Henson and Frank Oz. Cheryl Henson with WGA-nominated writer and co-executive producer Javier Grillo-Marxuach, assistant puppet captain Warrick Brownlow-Pike (puppeteer of the evil Skeksis character The Chamberlain), and Alice Dinnean (puppeteer of the Gelfling Brea, and the Ornamentalist Skeksis) will share insights into the creative process behind this critically-acclaimed series. Participants in the LARP will be given priority seating in the live discussion, after which the role play game will take place in the museum’s private galleries closed to the public, culminating in an after-hours visit to the creatures on display in the museum’s second floor.

Be sure to check out objects and puppets featured in the series on view now through February 23rd in the Museum’s second floor galleries, titled Creatures from the Land of Thra: Character Design for The Dark Crystal: Age of Resistance.

Tickets: $25 ($15 Museum members at the Film Lover, Dual, and Family levels / free for Silver Screen members and above). Order tickets online. (Members may contact [email protected] with any questions regarding online reservations.) 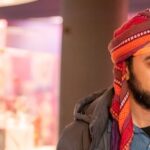 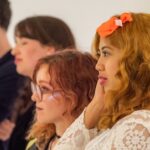 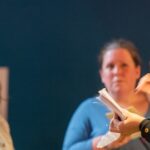