With director Alex Camilleri (Prickly Pear) in person
Presented by the Arts Council Malta in New York
The Maltese Fighter. New York premiere. Malta/Canada. Dir. Arev Manoukian. 2015, 19 mins. With Malcolm Ellul, Nico Fenech. In Maltese with English subtitles. In a time when Malta’s political violence was at its peak, Carmelo, a single father and boxer from Valletta, is forced to join a corrupt underworld as he struggles to provide for his only son Giuseppi. Bajtra tax-Xewk (Prickly Pear). U.S. premiere. Malta. Dir. Alex Camilleri. 2016, 12 mins. With Andrew Mallia, Iskander Zul Qarnen. In Maltese and English with English subtitles. Feeling guilty that he told his sister she could eat the prickly pears that were meant for his grandmother’s birthday, a boy embarks on a mission to secure replacement fruit. But finding the fruit during the offseason turns into a quest to right his wrong. Arcadia. New York premiere. Dir. Jamie Vella. 2017, 25 mins. With Malcolm Ellul, Nathan Ellul. In Maltese with English subtitles. Father and son finally achieve their dream of moving out and living in the idyllic Maltese countryside. Yet this dream of peace and simplicity turns into a nightmare as the booming and unforgiving construction industry of the country quickly sets its sights on their land. Lejliet (Eve). U.S. premiere. Malta.Dir. Matthew James Ellul. 2016, 13 mins. With Manuel Cauchi, Jamie Cardona. In Maltese with English subtitles. Gaetano, a sexton at the local parish, is alone on the church rooftop on Christmas Eve. To his surprise he encounters Marco, a teenager from the village who has also sneaked upstairs. Although neither is happy to see the other, a reluctant conversation is struck up between the two. As the interaction turns hostile, the reason for their presence on the rooftop emerges as both men reveal their hidden intentions, unexpectedly finding common ground.Tickets: $15 ($11 seniors and students / $9 youth (ages 3–17) / free for children under 3 and Museum members at the Film Lover and Kids Premium levels and above). Order tickets online. (Members may contact [email protected] with questions regarding online reservations.) 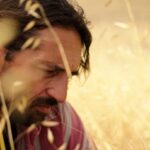 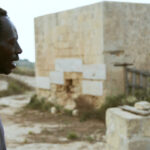 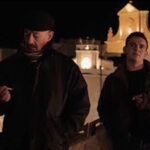