Dir. Martin Bell. 1984. 91 mins. Seattle, 1983. Taking their camera to the streets of what was supposedly America’s most livable city, filmmaker Martin Bell, photographer Mary Ellen Mark, and journalist Cheryl McCall set out to tell the stories of people society had left behind: homeless and runaway teenagers living on the city’s margins. Born from a Life magazine exposé by Mark and McCall, Streetwise follows an unforgettable group of at-risk children—including iron-willed fourteen-year-old Tiny, who would become the project’s most haunting and enduring face, along with the pugnacious yet resourceful Rat and the affable drifter DeWayne—who, driven from their broken homes, survive by hustling, panhandling, and dumpster diving. Granted remarkable access to their world, the filmmakers craft a devastatingly frank, nonjudgmental portrait of lost youth growing up far too soon in a world that has failed them. Nominated for an Academy Award for Best Documentary Feature. A Janus Films release.
Followed by:Tiny: The Life of Erin Blackwell
Dir. Martin Bell. 2016. 87 mins. Thirty years in the making, Tiny: The Life of Erin Blackwell continues to follow one of the most indelible subjects of Streetwise. Erin Blackwell, a.k.a. Tiny, was introduced in filmmaker Martin Bell, photographer Mary Ellen Mark, and journalist Cheryl McCall’s earlier film as a brash fourteen-year-old living precariously on the margins in Seattle. Now a forty-four year-old mother of ten, Blackwell reflects with Mark on the journey they’ve experienced together, from Blackwell’s struggles with addiction to her regrets to her dreams for her own children, even as she sees them being pulled down the same path of drugs and desperation. Interweaving three decades’ worth of Mark’s photographs and footage that includes previously unseen outtakes from Streetwise, this is a heartrending, deeply empathetic portrait of a family struggling to break free of the cycle of trauma, as well as a summation of Mark’s incomparable life’s work. A Janus Films release.
Tickets: $15 ($7 Museum members / free for Silver Screen members and above). Order tickets online. (Members may contact members@movingimage.us with questions regarding online reservations.)
*This one New Release screening is free for Museum members at the Film Lover and Kids Premium levels. Please note tickets for other screenings of Streetwise + Tiny: The Life of Erin Blackwell are available to members at the discounted rate of $7. Ticket purchase includes same-day admission to the Museum (see gallery hours). View the Museum’s ticketing policy here. For more information on membership and to join online, visit our membership page. 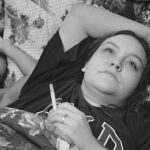 Tiny: The Life of Erin Blackwell. Courtesy of Janus Films