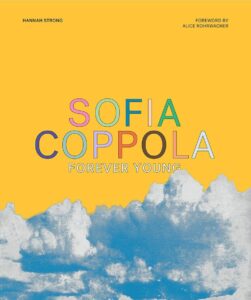 Hannah Strong is the Digital Editor at Little White Lies magazine and a film critic who has written for GQ, Vulture, The Guardian, and others. Sofia Coppola: Forever Young is her first book. Hannah lives in London, and you can find her on Twitter @thethirdhan.