Dir. Reece Auguiste. 1989, 52 mins. Digital projection. A landmark film from the Black Audio Film Collective, Twilight Cityis a poetic essay that explores the experiences of people of color living in 1980s London. The film is organized around a construction—a fictional letter from a woman, Olivia, to her mother, Eugenia. Ten years ago, Eugenia moved away, and now she is considering coming back. Through the letter, her daughter warns her of the city she will encounter upon her return and describes how it is no longer the one she left. This device creates a framework for historians, activists, and journalists to discuss their complex relationships to the city through personal memories and historical events. Accompanied by archival footage, their descriptions explain the patterns of development and systems of discrimination that shaped a city where people exist alongside one another but live in very different worlds. Dreamlike visual sequences connect the interviews to the story of Olivia and Eugenia, transporting the viewer on a journey through the city at night.
FOLLOWED BY
La Jetée
Dir. Chris Marker. 1962, 28 mins. Digital projection. With Hélène Chatelain, Davos Hanich, Jacques Ledoux. Chris Marker’s inspired film unspools the mysterious story of a man haunted by an image from his childhood whose meaning he would only truly comprehend later in life. As a young boy, he witnessed a man shot to death on the observation deck of the Orly Airport in Paris, just before the outbreak of World War III. Composed of black-and-white still photographs, La Jetée presents a dystopian future where scientists conduct experiments on prisoners involving travel through time. A narrator describes the man’s trips back to the past and the woman who waits for him there. The careful arrangement of stationary images, and the space left between them, allows viewers to create their own movement from frame to frame—the scenes we are left to imagine are as potent as those we see. The sound design also contributes to this sense of motion. Heartbeats and whispers induce a sense of unease, while an evocative score propels us through this daring work of science fiction.
Tickets: $15 ($11 seniors and students / $9 youth (ages 3–17) / free for children under 3 and Museum members at the Film Lover and Kids Premium levels and above). Order tickets online. To see all films in the series, consider a $40 series pass. (Members may contact members@movingimage.us with questions regarding online reservations.)View the Museum’s ticketing policy here. For more information on membership and to join online, visit our membership page. 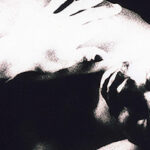