Read the Room: Sarah Von H on the Art of House Music 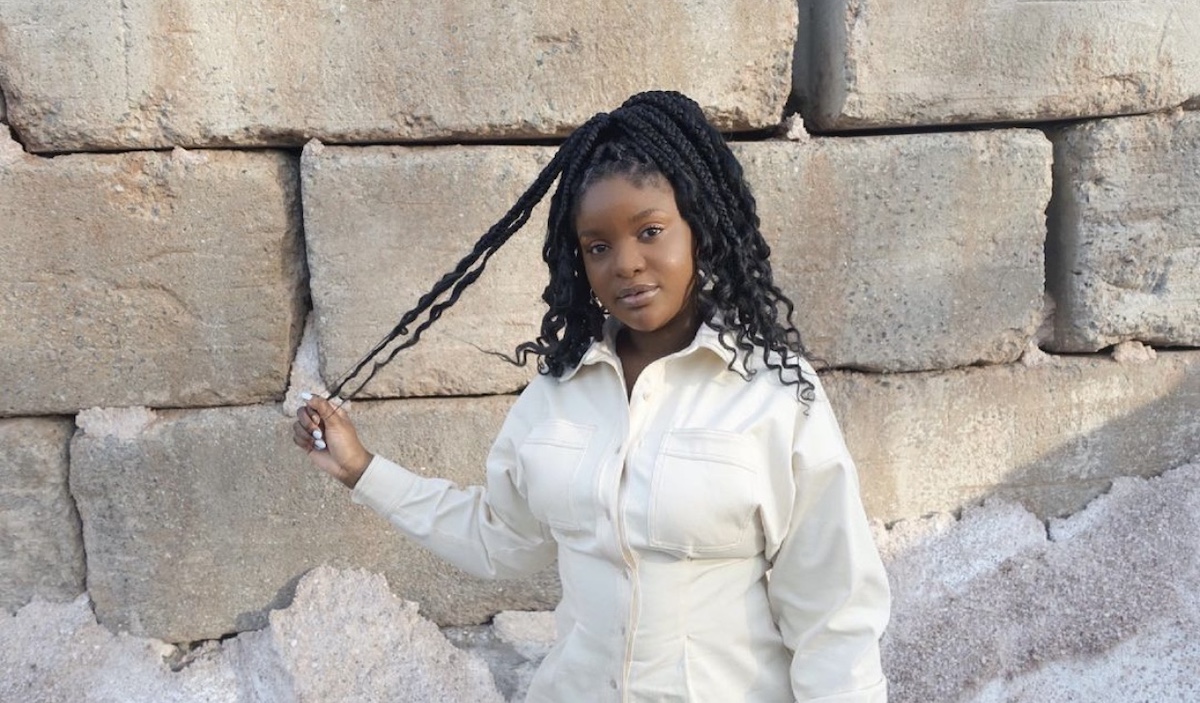 This month we introduce a new event series, FORMA, organized by guest curator Sarah Von H, an independent music curator, DJ, journalist, artist developer, and founder of the cultural magazine RAREPEACE. The series kicks off tonight, July 15, at 8:00 p.m. with an evening featuring DJs Kalifa, Stonie Blue, br0nz3_g0dd3ss, and Kif. In this interview Sarah Von H discusses the origins and trajectory of house music as well as the role of the DJ.

This interview has been edited for length and clarity.

Tell me about your background. How did you come to be working with the Museum?

I’ve been involved in music and visual arts pretty much my whole life. It seems like no matter what I do, I always end up surrounded by it. Growing up in a city like Milano gave me the chance to explore diverse genres and get involved in different scenes from a very young age. Rock music and its derivatives were my primary passion, and I grabbed the guitar for the first time at 10 years old. Never stopped playing it ever since.

In my teenage years I played in numerous punk rock and metal bands, which gave me the strength to always be who I want to be, and I’ve grown a unique sense of individuality that still resonates with me to this day. When I was 21 years old, a dear friend and music producer named GRZ noticed my impeccable music knowledge and convinced me to pick up DJing. Pretty soon I found myself the resident DJ of one of Milan’s most popular music events.

I also spent a good time living in Paris during those years where I was able to practice my skills and DJ several times at L’Orphée Privé in the Pigalle neighborhood. By 2017 I had officially moved to New York City, not only to pursue my passion for music and arts but mainly to build a life with my husband, who is a New Yorker. He’s been working in fine arts for over a decade, and thanks to him I was able to meet the most amazing and supportive people in the field who believed in my curatorial skills and overall artistic knowledge, which led me to work with the Museum.

Why did you choose house music as the focus of this event? What are some common misconceptions about house music and its audience?

I got involved in house music at a very young age thanks to my older brother, who used to attend Milan’s most notorious dance parties and subsequently listened to hours-long live sets throughout the day. I was so attracted by the whole recorded live set thing; I remember hearing the voices of the MCs, which transported me directly to the party itself.

It is safe to say that house music is very dear to me; not only is it one of my favorite genres, it is able to bring people together like no other. It is physically impossible to stand still when listening to a house instrumental and that is the type of feeling I wanted to bring to the Museum: unicity and movement.

The most common misconception about house music is the fact that it is now mainly considered to be a white-oriented genre, while in reality it was created and made popular by Black Americans from Chicago. Pioneers such as Frankie Knuckles, Ron Hardy, Jesse Saunders, and Lerry Heard aka Mr. Fingers, to name a few, were already involved in the disco and hip hop scene but soon started to embrace the technology of emerging synthesizers like Roland and Korg. This electronic addition to the sound was the birth of what we now call house music.

House music has evolved a lot since its beginnings in the late 1970s. What do you see for the future of house music?

The future of house music is brighter than ever, especially here in New York. There’s a whole new generation of house music producers on the rise who are keeping the genre alive. Like everything, it evolved and became something newer, but it has always kept its roots. I also feel like the amount of events happening right now almost surpasses the pre-pandemic era and people feel the need to dance like never before. 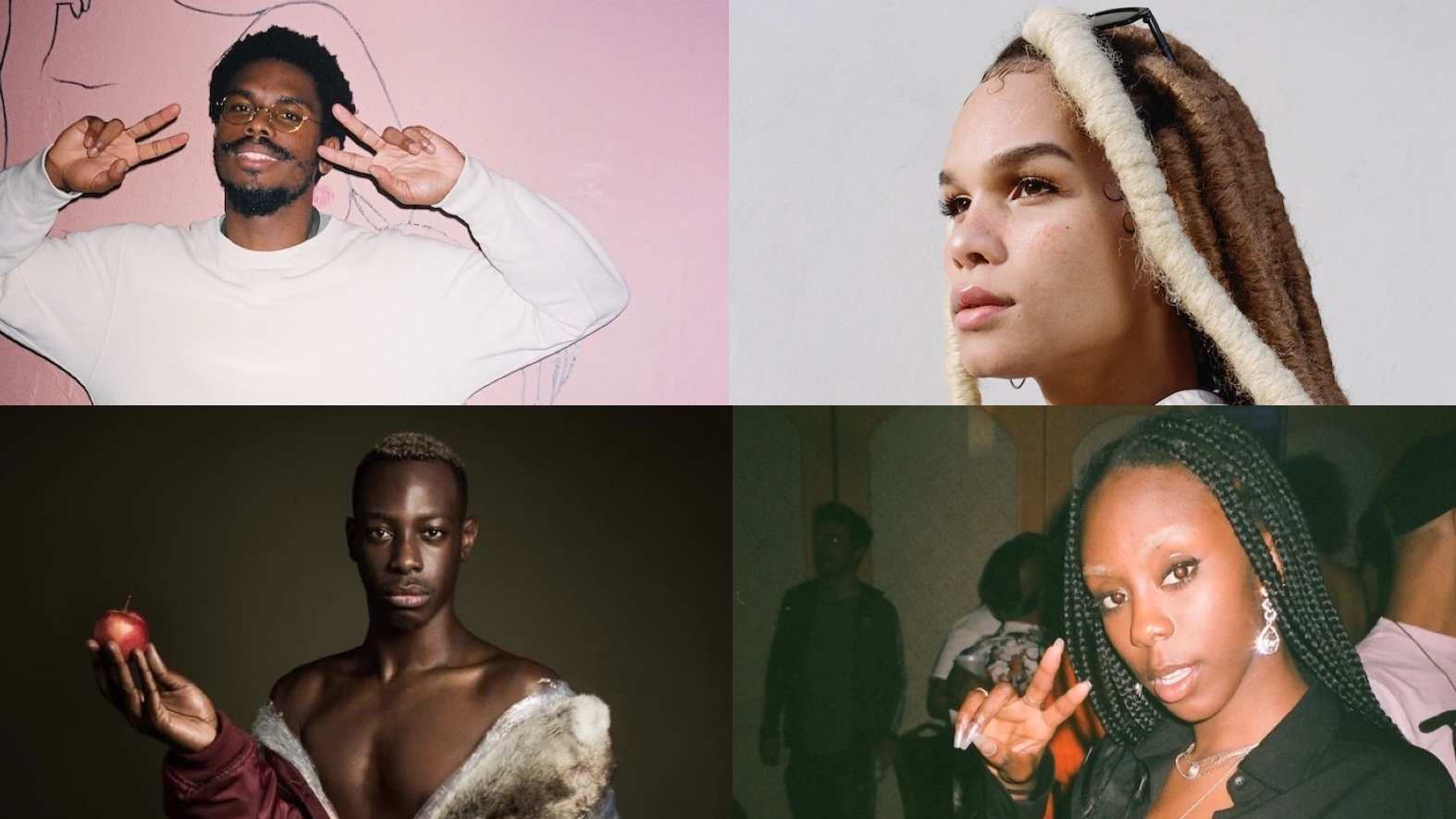 Tell me a little bit about the artists who will be at this event. How/why did you choose them?

I chose the artists Stonie Blue, br0nz3_g0dd3ss, and Kalifa because I highly respect their contribution to the current music wave in the DJ realm. Stonie Blue is an amazing house music producer and one of the most dedicated people I was able to come across this year. I believe that this is just the beginning of the brightest future for him as I’m sure he will soon take over the scene thanks to his willingness and overall positive attitude.

br0nz3_g0dd3ss is a dear friend of my friend Kif, who will be our opener for the evening. I’m excited to see what br0nz3_g0dd3ss will bring to her DJ set. I also think it is imperative and essential to involve trans figures in everything that we’re building nowadays. It is a very delicate time in the U.S. and inclusion should be a top priority in order to evolve as a society.

As for Kalifa, I wouldn’t even know where to begin to explain how much I admire this person. I’ve been listening to Kalifa’s music since I was still living in Italy and actually had the chance to see them perform live back in Milano. The year 2018 marked my debut as a DJ for Miami Art Basel at The Edition Hotel, and the lineup also included Kalifa. I couldn’t believe I was sharing the bill with them. Their performances are very energetic and the music absolutely resonates with my idea of the evolution of house music. Kalifa is able to mix rap, hip-hop and house in a unique way, resulting in a brand new sound that only they can describe. Kalifa will definitely make you dance with their DJ set which I’m sure will bring out all of their impeccable influences.

As a DJ yourself, how do you view the relationship between the DJ and the audience at live events like this one?

One thing I’ve learned as a DJ is to always look at the audience in order to feel their energy and have a successful DJ Set. Reading the room is very important as it helps you understand which BPM you should go for, which type of song the audience might want to listen to, the style and the overall experience you want to bring to the people. At the same time, there isn’t a specific rule for music. Your sixth sense should be enough for you to have a triumphant set. In this specific event, being at a museum, I believe it will be amazing to introduce a brand new concept to an audience that hasn't really experienced this before, leaving them with something they’ll hopefully remember forever.

Tell me about 7thgrl and what you find exciting about her work.

7thgrl is an awe-inspiring 3D digital artist I came across through Instagram almost two years ago. I immediately loved her work as I believe it represents the sort of prohibited imagery that everyone likes but not too many want to openly talk about. She represents black and brown vixens with very prosperous bodies—sexy, seductive unique femmes in which I see myself a lot.

I contacted her to let her know I was a big fan and our online friendship started that way. Almost a year later I decided to interview her for my magazine RAREPEACE and we’ve been close ever since. I admire her work, and I would do anything in my power to share it with the world, and she does the same with me. This is the type of connection I want to have with people and most of all with the artists I believe in. It’s very important to support each other in this day and era.

The evening will include a moderated discussion of house music with the DJs, followed by an outdoor dance party during their sets, all of which will be accompanied by the video art of 7thgrl. We hope you’ll join us tonight at FORMA!

A post shared by Museum of the Moving Image (@movingimagenyc)