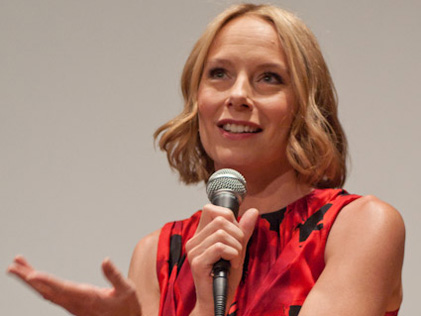 Amy Ryan’s Oscar-nominated performance as Helene McCready, a working-class drug-addicted mother in Gone Baby Gone, established her as one of America’s leading screen actresses. Her vivid, wide-ranging performances on film and television include her roles in movies directed by Paul Greengrass (Green Zone), Clint Eastwood (The Changeling), and Sidney Lumet (Before the Devil Knows You’re Dead), and on TV as Officer “Beadie” Russell on The Wire, Holly (Steve Carrell’s girlfriend) on The Office. In a special Museum of the Moving Image event, Ryan spoke about her career before a screening of her Jack Goes Boating, the directorial debut of Philip Seymour Hoffman.