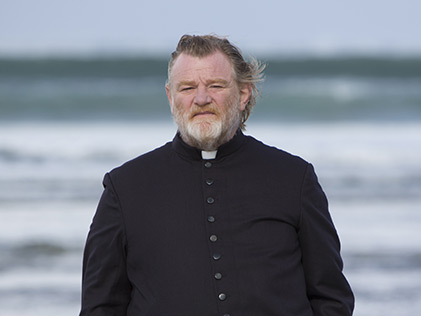 In Calvary, a masterfully made, darkly comic film that is bound to be one of the most talked-about movies of the year, the great actor Brendan Gleeson plays an Irish priest who is marked for death by a parishioner and given one week to live. Writer/director John Michael Donagh, who has crafted a literary and deeply moving film, and the phenomenal actor Brendan Gleeson (who also starrred in McDonagh’s film The Guard), took part in a lively and memorable discussion after a special screening for Museum members.