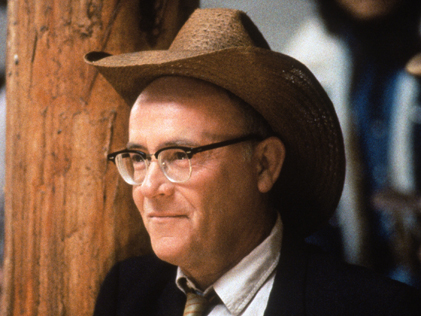 In the mid-1970s, every young hipster knew Buck Henry—dressed in big glasses, chinos, and baseball cap—from his appearances on Saturday Night Live. Henry had already defined the 1960s by writing the screenplay for Mike Nichols’s landmark film The Graduate. He also adapted Catch-22 for Nichols and wrote the brilliant screwball comedy What’s Up, Doc? for Peter Bogdanovich. In 1989, he helped define the satire of yet another generation with his screenplay for Gus Van Sant’s film To Die For. This talk, following a screening of The Graduate, captures Henry’s cool wit and his incisive approach to satire.