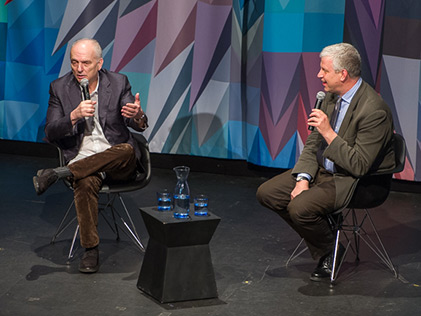 David Chase, the main creative force behind The Sopranos, directed just two episodes of the acclaimed series himself: the pilot and the finale. Airing on HBO on January 10, 1999, the first episode introduced James Gandolfini as Tony Soprano, the New Jersey mobster, family man, and self-proclaimed “waste management consultant.” The final episode, “Made in America” aired eight years later, on June 10, 2007, with a stunning and widely discussed ending. Chase spoke at the Museum in a conversation with Chief Curator David Schwartz, and fielded questions about the ending, and other topics, after a screening of the episodes at the Museum.