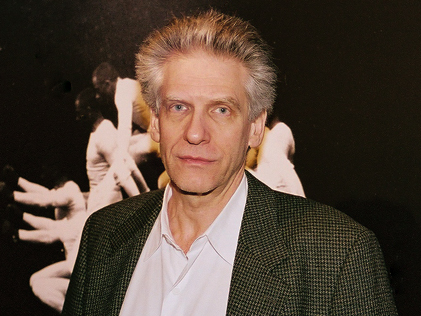 The Canadian director David Cronenberg has redefined the notion of what a horror film can be. While horror and science-fiction films traditionally have been about threats from the outside—monsters or alien forces—Cronenberg’s films (including The Brood and The Fly) have been about threats that come from inside our own bodies, and our psyches. It was fitting, then, that Cronenberg should be the director to adapt William S. Burroughs’s novel Naked Lunch, with its grotesque and comical mix of the organic, the chemical, and the hallucinatory. Cronenberg spoke at the Museum with a premiere screening of Naked Lunch on the opening day of a complete retrospective of his films.