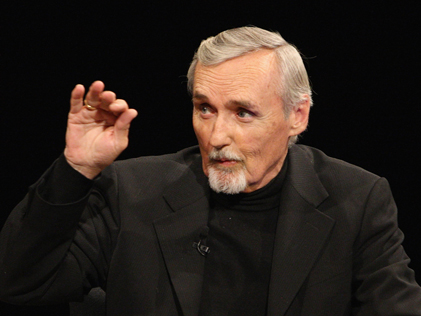 Dennis Hopper is one of the most iconoclastic and accomplished actors and directors in American cinema. He has appeared in nearly 300 films and TV shows, with credits including Rebel Without a Cause, Easy Rider, Apocalypse Now, and Blue Velvet. 2008 was a particularly good year for Hopper; he received great reviews for his performance in Elegy, starred in the TV series Crash, and was the subject of an exhibition at the Cinematheque Francaise. In this evening of conversation and clips, introduced by artist/filmmaker Julian Schnabel and moderated by Chief Curator David Schwartz, Hopper talked about his remarkable career.