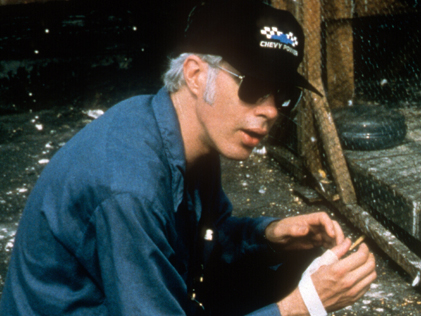 Jim Jarmusch made his mark as a director with the deadpan comedies Stranger than Paradise, Down by Law, and Mystery Train. His astonishing film Dead Man, a poetic and beautiful black-and-white nineteenth-century western starring Johnny Depp, featured a soundtrack and songs by Neil Young. Following the lengthy, demanding production of this exquisitely crafted yet underrated film, Jarmusch continued his collaboration with Young by making Year of the Horse, a spontaneous, energetic combination of concert film and road movie. In this wide-ranging conversation, which took place on the last day of a retrospective of his films, Jarmusch talks about his approach to writing and directing.