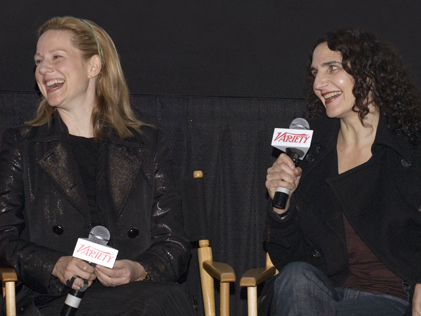 The independent film The Savages is a remarkable collaboration between writer/director Tamara Jenkins and a cast including Laura Linney and Philip Seymour Hoffman as a brother and sister forced to care for their father—played by Philip Bosco—as he descends into dementia. With sharp humor, surprising warmth, and brilliant performances and dialogue, The Savages confronts the messy reality of aging and reveals the bonds between a brother and sister who—to say the least—have serious emotional issues. Tamara Jenkins, Laura Linney, and Philip Bosco took part in a lively conversation following a preview screening of the film.