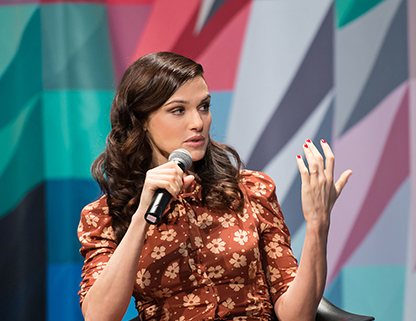 In The Deep Blue Sea, Terrence Davies’s lush and deeply moving adaptation of the Terence Rattigan play, Rachel Weisz plays a woman who abandons her passionless marriage, entering a torrid affair with a troubled former Royal Air Force pilot. Weisz gave a career-topping performance that earned her an Academy Award nomination for Best Actress, and won her the Best Actress award from the New York Film Critics Circle. Weisz brings to an unmatched luminosity, magnetism, and emotional rawness to her performance, which she discussed after a screening of the film at the Museum of the Moving Image.