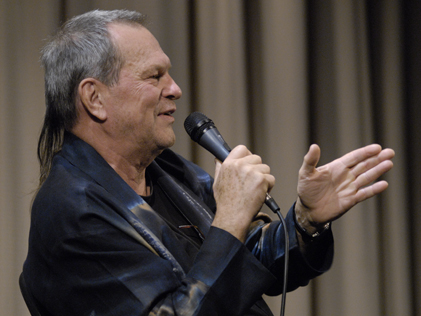 Terry Gilliam came to the Museum of the Moving Image in October 2006, ten years after his legendary visit on the day of the Blizzard of 1996, when hundreds of his fans braved a blinding snowstorm to see the director present Brazil. In 2006, Gilliam discussed his latest cinematic provocation, Tideland, a truly independent work that is one of his most shocking and surprisingly tender films. The film, which Gilliam describes as part Alice in Wonderland and part Psycho, takes us inside the mind of a young girl who develops a fantasy life to escape her harsh surroundings.