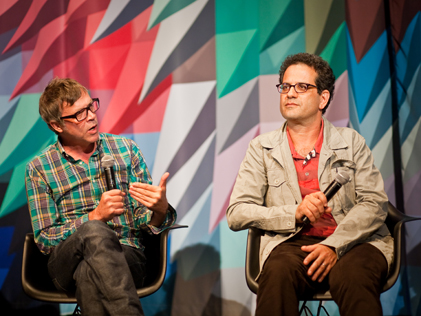 A magnificently mounted and beautifully performed film that both evokes and subverts the craftsmanship and artifice of Hollywood studio filmmaking, Far from Heaven is writer-director Todd Haynes’s most critically acclaimed film to date. Both homage to and an update of Douglas Sirk’s 1955 melodrama All that Heaven Allows. Haynes, Powell, and Friedberg discuss the film’s astonishing craftsmanship, its political relevance for contemporary audiences, and the desire to make a film that would engage audiences intellectually and emotionally. This conversation between Haynes, Powell, Friedberg was presented in conjunction with the exhibition PERSOL MAGNIFICENT OBSESSIONS: 30 stories of craftsmanship in film.