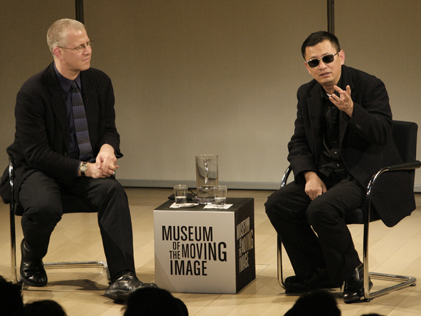 Wong Kar-wai is one of the most influential film directors of his generation. His impressionistic, evocative movies capture the fleeting nature of time and love and the chaotic swirl of contemporary urban life. The Hong Kong director is best known for his dazzling romances, including Chungking Express (1994), Fallen Angels (1995), and In the Mood for Love (2000). He spoke about his career at a Museum of the Moving Image program on the eve of the theatrical release of My Blueberry Nights (2007), his first English-language film. Academy Award-winning director Ang Lee introduced the evening.