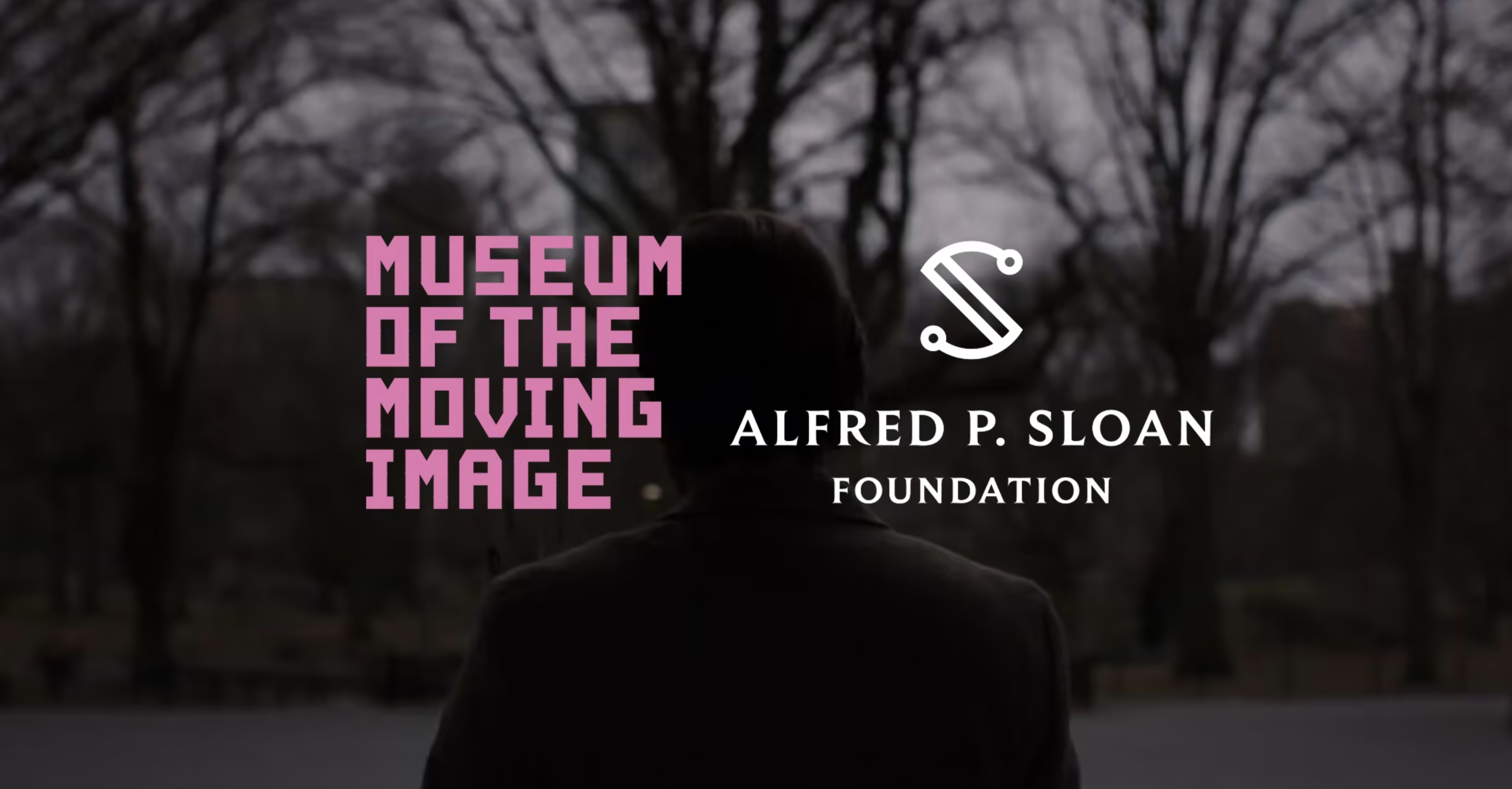 Museum of the Moving Image and Sloan Science & Film are pleased to expand our relationship with the Alfred P. Sloan Foundation with the Sloan Student Grand Jury and Discovery Prizes. The program, established and formerly administered by Tribeca Film Institute, awards aspiring filmmakers from select schools across the nation a cash prize, along with dedicated mentorship and unique networking opportunities.

The Sloan Student Grand Jury and Discovery Prizes celebrate two outstanding feature film or scripted series screenplays annually—from those nominated by twelve top graduate film programs—that integrate science or technology themes and characters into a realistic, compelling, and timely story. Two winners, selected by a jury of esteemed film and science professionals, receive a $20,000 prize and are provided industry exposure, feedback, and year-round mentorship from a science advisor and film industry professional. These prizes aim to support film development and advance the careers of diverse, emerging filmmakers interested in science and technology as they transition out of graduate school and into the film industry.

The Sloan Student Grand Jury Prize, first established by the Tribeca Film Institute and the Alfred P. Sloan Foundation in 2011, will be awarded through a nomination process conducted by the six leading university film schools that partner year-round with the Alfred P. Sloan Foundation. They are: American Film Institute; Carnegie Mellon University School of Drama; Columbia University Film Department; NYU Tisch School of the Arts; UCLA School of Theater, Film and Television; and USC School of Cinematic Arts. Each school will nominate one screenplay or scripted series pilot from those that have been recognized for its realistic and compelling depictions of science and technology themes or characters. The Grand Jury Prize is awarded to the best-of-the-best from these program partners.

The Sloan Student Discovery Prize, newly established in 2019 by the Tribeca Film Institute and Alfred P. Sloan Foundation, is open to nominations from six public universities with established graduate film programs. The schools are: Brooklyn College Feirstein School of Cinema; Florida State University; SUNY Purchase School of Film and Media Studies; Temple University; University of Texas at Austin; and University of Michigan. Each school nominates one screenplay or scripted series pilot for consideration by the jury.

To learn more about the Sloan Film Program and browse all previous winners, visit scienceandfilm.org/projects

Bethanie Edwards is a Professor at University of California, Berkeley and a sea-going oceanographer who hails from rural Arkansas. She is deeply interested in how marine microbes interact with one another, the chemical language that they use to do so, and the impact this has on ocean chemistry and climate.

Alexis Galfas is the Head of Tracking at Cinetic Media, where she works across the Finance, Management, and Global Sales teams to identify and bring in filmmaker-driven projects that are creatively unique and commercially viable. Her responsibilities include establishing relationships with emerging filmmakers, building Cinetic's film festival slates, assessing potential financing opportunities, and tracking film festival, market, and industry trends. She has also consulted range of independent financiers and large media companies including NatGeo and The New York Times.  Recent projects she has been involved with include Time, RBG, Faya Dayi, Homeroom, Mucho Mucho Amor, Land, We The Animals, Knock Down the House, Hale County This Morning This Evening, Science Fair, Amy, Strong Island, 1971, and Summer of Soul.

Wendy Ju is an Associate Professor at the Jacobs Technion-Cornell Institute at Cornell Tech and the Technion and in the Information Science field at Cornell University. Her work in the areas of human-robot interaction and automated vehicle interfaces highlights the ways that interactive devices can be designed to be safer, more predictable, and more socially appropriate. Professor Ju has innovated numerous methods for early-stage prototyping of automated systems to understand how people will respond to systems before the systems are built. She has a PhD in Mechanical Engineering from Stanford, and a Master’s in Media Arts and Sciences from MIT.

Natalie Qasabian is an independent film producer based in Los Angeles. In 2018, Natalie produced Searching, a thriller starring John Cho and Debra Messing which was acquired by Sony at Sundance and went on to gross $75M at the box office. Prior to Searching Natalie produced three feature films for the Duplass Brothers including Duck Butter directed by Miguel Arteta. Her films have premiered at Sundance, SXSW and Tribeca. Most recently, Natalie produced Run starring Sarah Paulson for Lionsgate, which premiered on Hulu in 2020 and quickly became the most watched original film on the streamer. In 2021 Natalie was awarded the Sundance Institute Amazon Studios Producer's of the Year Award. Currently, Natalie is producing Searching 2 for Sony/Screen Gems starring Storm Reid and Nia Long.  She studied at USC's School of Cinematic Arts, and recently earned an MBA from Pepperdine University.

Cara Seymour began her career co-founding Trouble and Strife Women's Theatre Company, writing and producing critically acclaimed plays. She went on to work off Broadway in the Obie winning production of Mike Leigh's Ecstasy and Caryl Churchill's The Skriker and recently she appeared in the Broadway production of 1984. Film work includes Adaptation, American Psycho, Dancer in the Dark, Gangs of New York, Hotel Rwanda, The Savages, An Education, A Woman, a Part, and Sloan Award recipient Radium Girls. TV work includes Steven Soderbergh's The Knick.

Emily Thompson, Professor of History at Princeton University, explores the cultural history of sound, music, noise, listening, and technology.  Her work has been supported by the National Science Foundation, the Guggenheim and MacArthur Foundations, and the Academy of Motion Picture Arts and Sciences. She is the author of The Soundscape of Modernity: Architectural Acoustics and the Culture of Listening in America, 1900-1933 (MIT Press) and co-creator of the website The Roaring 'Twenties, an interactive multimedia presentation of the noises of New York City circa 1930. Her next book, Sound Effects, will examine how the art and craft of making and showing movies changed when recorded sound was introduced to the American film industry.

Luca Borghese is co-founder of AgX, a New York–based production company. Recent projects include Diane (dir. Kent Jones), which premiered in competition at Tribeca and Locarno in 2018; Monsters and Men (dir. Reinaldo Marcus Green), which won the Special Jury Award for Best First Feature at Sundance before being released by Neon; and Eric Steel’s Minyan which premiered in the Berlinale in 2020. He was also Associate Producer on James Gray’s The Lost City of Z and Bong Joon Ho’s Okja.

Nissar Modi is the screenwriter of Breaking at the Edge (2013) and Z for Zachariah (2015). He graduated with a B.A. (Hons) in Film Production from the University of Southern California, and has written scripts for a wide array of actors and filmmakers including Will Smith, Leonardo DiCaprio, Matt Reeves, Gary Ross, Chloe Moretz, and David Mackenzie.

Emily Rappaport is Literary Director at Conner Literary, a book-to-film/TV scouting firm sourcing fiction and nonfiction titles for adaptation. She previously worked in television development at Annapurna Pictures and in the television literary and packaging department at United Talent Agency. She has equal love for books and movies, dogs and cats, New York (where she's from) and Los Angeles (where she lives).

Kate Sharp is an Emmy-nominated producer and Literary Manager at Bellevue Productions. Her feature film credits include Peep World, starring Michael C. Hall, Sarah Silverman, Rainn Wilson, Taraji P. Henson, and Judy Greer; Better Living Through Chemistry, which starred Sam Rockwell, Olivia Wilde, Michelle Monaghan, and Jane Fonda; and Madame Bovary, which had its World Premiere at the 2014 Telluride Film Festival. Sharp also served as an Executive Producer on the Hulu original TV series Behind the Mask. She produced short-form content for companies such as Showtime, MTV, and Verizon. For five years, Sharp was an executive at Occupant Entertainment, serving as Vice President of Development and Production for the last two.

Musa Syeed is a writer-director whose two features, Valley of Saints (Sundance Audience Award Winner) and A Stray (SXSW Official Selection), were both New York Times Critic’s Picks. He was also a co-writer on the acclaimed feature Menashe, distributed by A24. Musa Syeed’s short films include the Sundance selections The Dispossessed and The Big House, as well as the documentaries Bronx Princess (Berlinale) and A Son’s Sacrifice (Best Short Doc, Tribeca). He is currently Briggs-Copeland Lecturer in Screenwriting at Harvard.

Claudia Weill is a film, television, and theater director. Her first feature, Girlfriends, won multiple awards at Cannes, Filmex, and Sundance. Her second feature, It’s My Turn, won the Donatello (European Oscar) for Best New Director. She made 30 short films for Sesame Street and has directed numerous documentaries, notably This Is the Home of Mrs. Levant Graham (Kennedy Journalism Award) and The Other Half of the Sky: A China Memoir, with Shirley MacLaine, nominated for an Academy Award. Her work in television includes multiple episodes of thirtysomething (Humanitas and Emmy Awards), My So-Called Life, Chicago Hope, and Girls. She serves on the Directors’ Executive Committee for the Academy of Arts and Sciences and on the Board of Antaeus, the only classical theater in L.A. 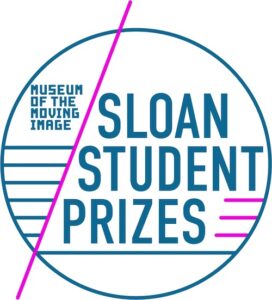