A televised baseball game is an unpredictable, multicharacter drama that unfolds in real time. The director and production team make thousands of split-second decisions, cutting between more than a dozen camera angles, and incorporating onscreen graphics and the announcer commentary to make an entertaining, involving show. Emmy-winning director Bill Webb, who directs New York Mets games on SNY, is widely considered to be the best in the business. Curt Gowdy, Jr., senior vice president of production and executive producer for SNY—and son of legendary broadcaster Curt Gowdy—will join Webb in this special behind-the-scenes look at the art and craft of producing a televised baseball broadcast. Their work is on view in a brand new multi-monitor display in 幕后 that allows visitors to hear Webb as he calls the plays during a recent broadcast of a Mets vs. San Diego Padres game. 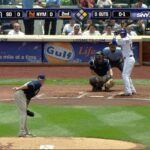 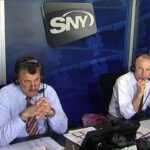