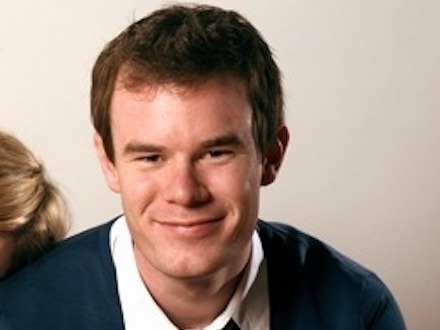 When he appeared at MoMI, Joe Swanberg had already written and directed 16 feature films—a remarkable eleven in the past four years. His microbudget approach to production and his association with the movement unfortunately dubbed “Mumblecore” may suggest a loose, haphazard style. In fact, much like another great behavioralist director, Howard Hawks, Swanberg’s films are acutely observed, sharply perceptive, and deeply entertaining. Focusing less on plot than character, they capture the messy, often awkward emotional truths of real life. While his films may at first seem naturalistic, they also have a heightened, almost theatrical quality, filled with moral and emotional crises that emerge organically. While showing a selection of six of his finest films, Swanberg appeared in stage March 1, 2014, to talk about his career so far.